APC (Associated Program Costs): is a levy on the distribution from an endowment fund to cover costs incurred to support the endowed program but that are not charged directly to it.

Assets: amounts reported in a balance sheet for the items an organization owns (e.g., cash, investments, property, etc.) or is owed (receivables).

Balance Sheet: financial statement of an organization that presents its assets, liabilities, and net assets (for a for profit entity this last piece would be “shareholder’s equity”).

Balanced Budget: when revenues minus expenses are greater than or equal to zero.

Baumol’s Cost Disease: an economic theory proposed by William Baumol and William Bowen in 1966 that postulates that in industries without productivity increases, when wages go up (to compete for employees) then prices go up faster than other industries.

Book Value: Also known as Historic Gift Value is comprised of the initial gift plus any gift additions to a permanent endowment.

Budget: a plan used to decide the amount of money that can be spent and how it will be spent; listing of an entity’s planned revenues and expenditures for a given period of time, usually a fiscal year.

Budget Committee: a standing committee co-chaired by the Provost and the Executive Vice President (EVP). The committee considers resource and budgetary issues for the institution, and provides advice and recommendations to the President, Provost and EVP on an ongoing basis.

Budget Model: set of rules that allocates a (typically large) fraction of the budget; remainder of budget allocated according to discretion of leadership.

Business Model: set of fundamental operating principles that generate the financial activities of an organization, typically includes the products the organization produces, the markets it serves, its value proposition for stakeholders, its sources of capital, its governance and corporate form, and its revenue and cost generating activities.

Capital Investment: usually a relatively large expenditure for the acquisition, creation or renovation of a long-lived asset, such as a building or piece of major equipment.

Chart String: Six segments that define an account in the General Ledger, used to record financial transactions; each segment in the chart string holds a piece of information about the transaction.

CPI (Consumer Price Index): rate of change over time in the prices paid by consumers for a market basket of consumer goods and services.

DDAF (Dartmouth Donor Advised Funds): a vehicle that allows Dartmouth to receive, invest, and make distributions to Dartmouth and other charitable organizations on a donor's behalf.  Operating somewhat like a private foundation, the DDAF is an increasingly popular vehicle among philanthropic individuals and families.

Debt Financing: borrowing from a lender in order to acquire, construct, or renovate a long-lived asset; or borrowing in order to provide cash to pay bills. Debt financing requires repayment and is accompanied by a cost to borrow, known as interest expense.

Distribution Rate: withdrawal from an endowment fund expressed as a percentage of endowment market value at the beginning of the fiscal year to which the withdrawal applies. Endowment distribution rates often range from 4.5% to 6.5%.

DPC (Direct Program Costs): consists of the remaining distribution from an endowment fund available to be spent by the endowed program.  DPC is the Endowment Distribution less Associated Program Costs (APC) and Infrastructure Renewal Distribution (IRD).

ECI (Employment Cost Index): a quarterly report from the U.S. Department of Labor quantifying changes in employee compensation in the form of wages and benefits. Calculated based on a fixed basket of occupations. Considered by some to be an indicator of inflation.

EFLP (Expendable Funds Liquidity Pool): an investment pool that is managed by the Investment Office.

Endowment: A pool of money owned by a nonprofit organization that is permanently invested to generate an annual return for the support of the organization’s operations. Often, but not always, the money has been contributed by a donor and may come with restrictions regarding its usage. Usually, the endowment is structured so that the original principal amount is kept intact while the investment return is available for use annually in perpetuity. Endowment expenditures and investment decisions are managed according to state law known as the Uniform Prudent Management of Institutional Funds Act (UPMIFA).

FASB (Financial Accounting Standards Board): a private, non-profit organization standard setting body whose primary purpose is to establish and improve Generally Accepted Accounting Principles within the United States in the public's interest.

Fringe Benefits: portion of compensation that is provided by an employer as a benefit to employees but not paid directly to the employee in the form of salaries and wages; includes items such as access and subsidy for medical care, pension and retirement funds, vacation, disability insurance, wellness programs, etc.

Fund Accounting: type of accounting that government and non-profit organizations use to track money according to the level of donor or legal restriction that governs the use of the money.

Funded Budget: when revenue minus expense is less than zero, but an organization has existing cash reserves to pay for the deficit.

GAAP (Generally accepted accounting principles): a set of rules that encompass the details, complexities, and legalities of accounting. The Financial Accounting Standards Board (FASB) uses GAAP as the foundation for its comprehensive set of approved accounting methods and practices.

GL (General Ledger): the financial system of record for the institution for financial transactions.

HEPI (Higher Education Price Index): an inflation index issued annually by Commonfund Institute designed specifically to track the main cost drivers in higher education. HEPI is a more accurate indicator of changes in costs for colleges and universities than the more familiar Consumer Price Index as it measures the average relative level of prices in a fixed basket of goods and services purchased by colleges and universities each year through current fund educational and general expenditures, excluding research.

Income Statement: financial statement of an organization that presents a fiscal year measure of revenues and expenses.

IRD (Infrastructure Renewal Distribution): The IRD is a distribution from the endowment equal to 0.5% of the endowment market value at the beginning of the fiscal year which is applied to all endowment funds unless specifically prohibited by the donor.  The IRD was approved by the Board in 2021 specifically to fund upgrading and modernizing housing, energy and information technology.  The distribution began in 2022.  Also see Infrastructure Renewal Fund (“IRF”).

IRF (Infrastructure Renewal Fund): A designated reserve for each facility owner (Geisel, Thayer, Tuck, Irving, and Central/Arts & Sciences/Guarini/Auxiliaries) that holds the IRD until it is spent.

Liabilities: amounts reported on a balance sheet for amounts an organization owes to others (i.e., employees, vendors, lenders)

LIT (Life Income Trust): a charitable gift annuity that establishes a contract between a donor and Dartmouth where in exchange for assets irrevocably transferred to Dartmouth for its eventual use, the donor and/or another beneficiary receive regular fixed payments for life.

Market Value: Consists of the endowment fund’s original Book Value (gifts) plus any reinvested earnings and any market appreciation (or less any market losses).

Net Assets: amounts reported in a balance sheet as the difference between the assets and liabilities of a nonprofit organization; net assets may be unrestricted as to use or may be restricted temporarily or permanently as to use by donor or law.

Net income: revenues minus expenses (known as “surplus/deficit” for non-profits).

Non-operating Funds: amounts in the financial statements that are not associated with the recurring annual activities of the organization, including the acquisition or creation of long-lived assets and activities in investment pools such as the endowment that are held for a long period of time.

Operating Expenses: costs associated with the annual recurring activities of an organization.

Operating Funds: amounts in the financial statements that are associated with the recurring annual activities of the organization, including the generation of operating revenues and expenses.

Operating Revenues: earnings associated with the annual recurring activities of an organization.

Owner’s Equity: invested capital and retained earnings; known simply as net assets or reserves for non-profits because there are no “owners.”

Purchasing Power: inflation-adjusted value of assets; expresses asset values in terms of amount of goods or services that an organization can buy.

Reserves: another term used to describe the net assets of a nonprofit organization; typically, this represents the amount of cash available to spend.

RFM (Restricted Funds Management): Dartmouth’s classification system created to categorize endowment and current-use gift funds based on their degree of restriction from the donors. The ranking system has four levels, with Category 1 being least restrictive and Category 4 being most restrictive.

ROI (Return on Investment): net amount of earnings derived from the investment of cash in an activity or acquisition of an asset. ROI is typically expressed either as a net dollar amount or as a rate of return over a long period of time.

RTM (Return to Market): When endowment earnings are not distributed to programs but are reinvested in the endowment and added to the market value, usually at the direction of the College.

RTP (Return to Principal): When endowment earnings are not distributed to programs but are reinvested in the endowment and added to the book value, usually at the direction of the donor.

Sponsored Research: research that is performed by an organization and which is funded by another party, such as federal or state agency, or a private corporation or foundation.

Support Costs: expenses incurred by a nonprofit organization on activities (such as administration, computing, libraries, etc.) that facilitate the activities that are directly associated with the primary mission of the organization, i.e., teaching research, community service

Working Capital: Non-endowment operating funds that are invested in a mix of short-term and long-term investments that match the expected use of the funds. 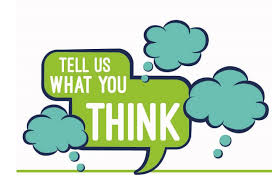 We want to hear from you!