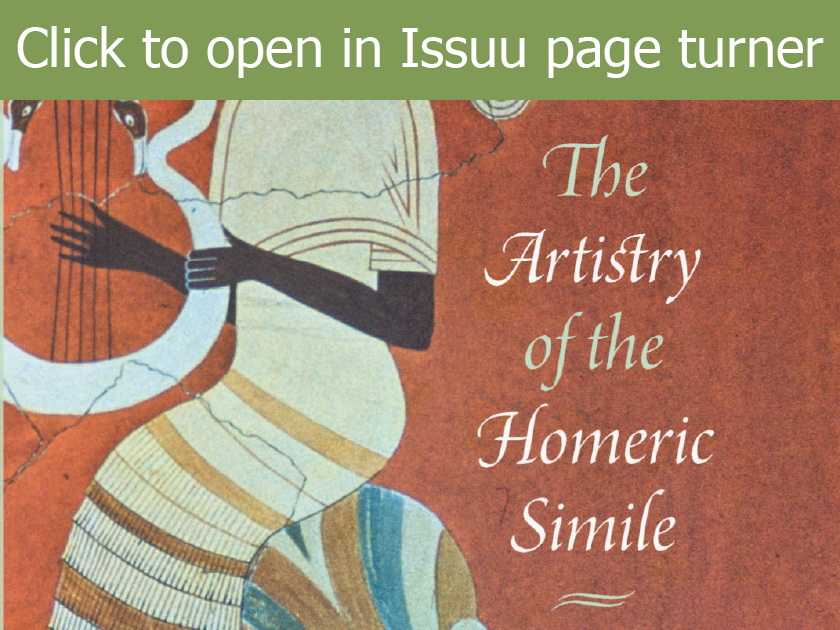 The Artistry of the Homeric Simile

"The similes in Homer are treasure troves. They describe scenes of Greek life that are not presented in their simplest form anywhere else: landscapes and seascapes, storms and calm weather, fighting among animals, aspects of civic life such as settlements of disputes, athletic contests, horse races, community entertainment, women carrying on their daily lives and men running their farms and orchards. But the similes also show Homer dealing with his tradition. They are additions to the narrative showing how the Greeks found and developed parallels between two scenes, each of which elucidated and interpreted the other, and then expressed those scenes in effective poetic language."

WILLIAM C. SCOTT is emeritus professor of classics at Dartmouth College. His previous publications include The Oral Nature of the Homeric Simile, Musical Design in Aeschylean Theater, Plato's The Republic with Richard W. Sterling, and Musical Design in Sophoclean Theater

The electronic versions of both books are publicly available for non-commercial uses, free of charge, at the Dartmouth College Library's Digital Publishing website.