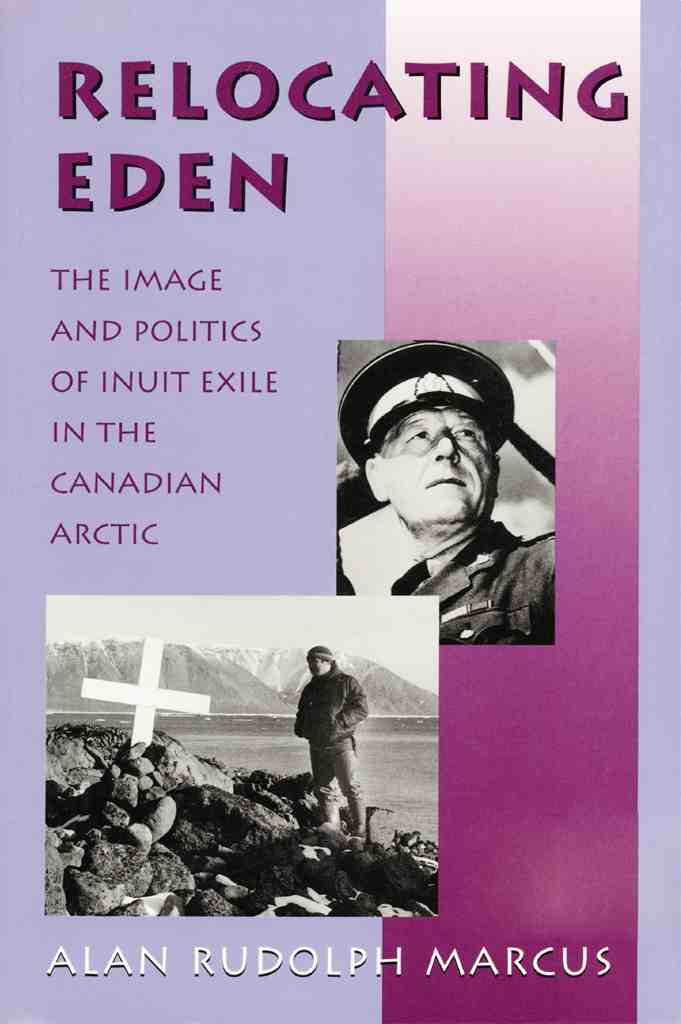 Relocating Eden: The Image and Politics of Inuit Exile in the Canadian Arctic

In the early 1950s, a number of Inuit men, women, and children were loaded on ships and sent to live in the cold and barren lands of the Canadian High Arctic. Spurred by government agents' promises of plentiful game, virgin land, and a lifestyle untainted by Western Influences, these "voluntary migrants," who soon numbered nearly ninety, found instead isolation, hunting limited by game preserve regulations, three months of total darkness each winter, and a government suddenly deaf to their pleas to return home. The question, still unresolved forty years later, is whether these "experiments" were a well-intentioned governmental attempt to protect the Inuit way of life or a ploy to lure innocent people to exile, hunger, and deprivation in order to solidify Canada's Cold War sovereignty in the far North. Alan Rudolph Marcus outlines the motives behind the relocation, case histories of two settlements, and the aftermath of the migration. Relocating Eden provides a timely and provocative inquiry into issues of continuing importance to Canada and all native peoples.

This electronic publication of Relocating Eden was made possible with the permission of the author. The University Press of New England created EPUB and PDF files from a scanned copy of the book.