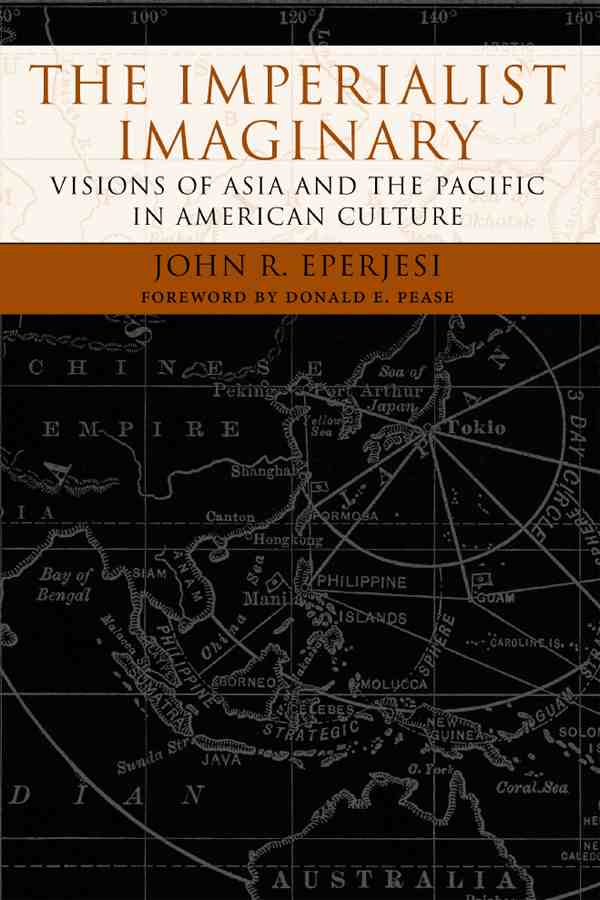 The Imperialist Imaginary: Visions of Asia and the Pacific in American Culture

In a groundbreaking work of "New Americanist" studies, John R. Eperjesi explores the cultural and economic formation of the Unites States relationship to China and the Pacific Rim in the nineteenth and twentieth centuries. Eperjesi examines a variety of texts to explore the emergence of what Rob Wilson has termed the "American Pacific." Eperjesi shows how works ranging from Frank Norris' The Octopus to the Journal of the American Asiatic Association, from the Socialist newspaper Appeal to Reason to the travel writings of Jack and Charmain London, and from Maxine Hong Kingston's China Men to Ang Lee's Crouching Tiger, Hidden Dragon—and the cultural dynamics that produced them—helped construct the myth of the American Pacific. By construing the Pacific Rim as a unified region binding together the territorial United States with the areas of Asia and the Pacific, he also demonstrates that the logic of the imperialist imaginary suggested it was not only proper but even incumbent upon the United States to exercise both political and economic influence in the region. As Donald E. Pease notes in his foreword, "by reading foreign policy and economic policy as literature, and by reconceptualizing works of American literature as extenuations of foreign policy and economic theory," Eperjesi makes a significant contribution to studies of American imperialism.

John R. Eperjesi is an Associate Professor of English at Kyung Hee University in Seoul. He received his Ph.D in the Literary and Cultural Theory program at Carnegie Mellon University, and is the author of The Imperialist Imaginary: Visions of Asia and the Pacific in American Culture (University Press of New England, 2005). He has published articles and book reviews in Amerasia, Asian Studies Review, boundary 2, The Contemporary Pacific, Inter-Asia Cultural Studies, Minnesota Review, and Pacific Historical Review.

This electronic publication of The Imperialist Imaginary was made possible with the permission of the author. The University Press of New England created EPUB and PDF files from a scanned copy of the book.