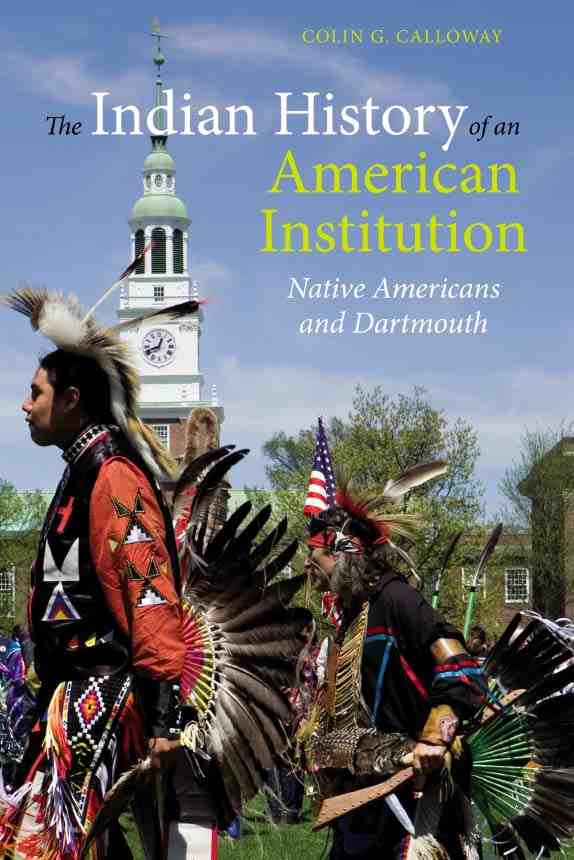 The Indian History of an American Institution: Native Americans and Dartmouth

Dartmouth College began life as an Indian school, a pretense that has since been abandoned. Still, the institution has a unique, if complicated, relationship with Native Americans and their history. Beginning with Samson Occom’s role as the first “development officer” of the college, Colin G. Calloway tells the entire, complex story of Dartmouth’s historical and ongoing relationship with Native Americans. Calloway recounts the struggles and achievements of Indian attendees and the history of Dartmouth alumni’s involvements with American Indian affairs. He also covers more recent developments, such as the mascot controversies, the emergence of an active Native American student organization, and the partial fulfillment of a promise deferred. This is a fascinating picture of an elite American institution and its troubled relationship— at times compassionate, at times conflicted—with Indians and Native American culture.

Colin G. Calloway is John Kimball Jr. 1943 Professor of History and Professor of Native American Studies at Dartmouth College. He is the author of numerous books, including One Vast Winter Count: The Native American West Before Lewis and Clark (2003), which won six best-book awards.

This electronic publication of The Indian History of an American Institution was made possible with the permission of the author. The University Press of New England created EPUB and PDF files from a scanned copy of the book.