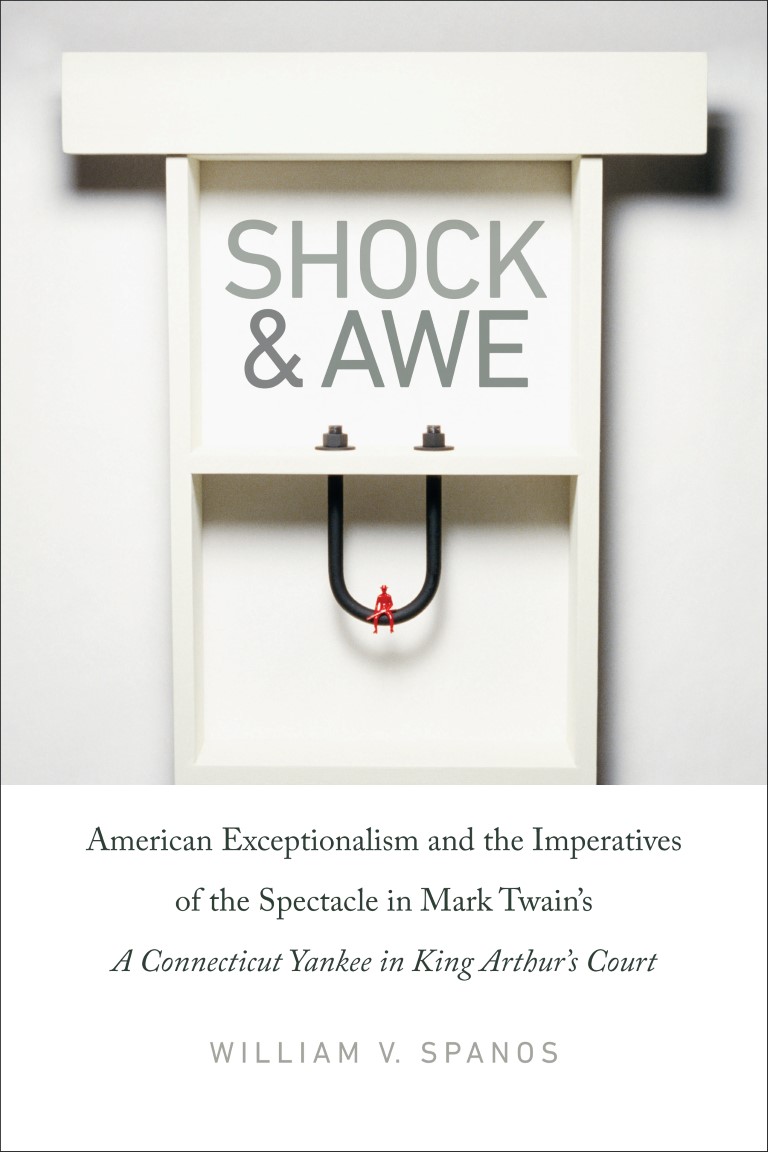 Shock and Awe: American Exceptionalism and the Imperatives of the Spectacle in Mark Twain’s A Connecticut Yankee in King Arthur’s Court

Shock and Awe Inspired by the foreign policy entanglements of recent years, William V. Spanos offers a dramatic interpretation of Twain’s classic A Connecticut Yankee in King Arthur’s Court, providing a fresh assessment of American exceptionalism and the place of a global America in the American imaginary. Spanos insists that Twain identifies with his protagonist, particularly in his defining use of the spectacle, and thus with an American exceptionalism that uncannily anticipates the George W. Bush administration’s normalization of the state of exception and the imperial policy of “preemptive war,” unilateral “regime change,” and “shock and awe” tactics. Equally stimulating is Spanos’s thoroughly original ontology of American exceptionalism and imperialism and his tracing of these forces, through a chronological examination of Twain studies and criticism over the past century. As an examination of an overlooked text, and a critical history of American studies from its origins in the nation-oriented Myth and Symbol school of the Cold War era to its present globalizing or transnationalizing perspective, Shock and Awe will appeal to a broad audience of American literature scholars and beyond.

William V. Spanos is Distinguished Professor of Literature at Binghamton University, New York. He is the author of numerous books and one of the founders of the journal boundary 2.

This electronic publication of Shock and Awe was made possible with the permission of the author. The University Press of New England created EPUB and PDF files from a scanned copy of the book.