Life and Personalities at Dartmouth (R4) 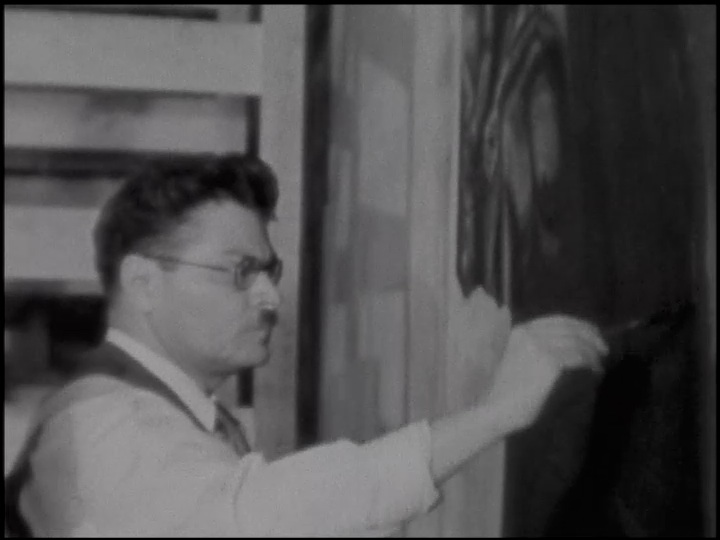 The footage includes a segment on the Orozco mural showing the "Release" panel and the painting of the "Departure of Quetzalcoatl" and "Gods of the modern world" panels (1 min. 57 sec., 1934). Shows Orozco at work on fresco "Release" in Carpenter Hall and murals in the library, and, with an assistant, several stages of painting the initial panel of his murals at Dartmouth, ending with the completed panel (53 sec., 1932). Images of Orozco on scaffold, scaffolding in Carpenter, and Orozco putting final touches on the east wall panel are shown.

Note: some footage repeats itself during the second half of the film.

Transferred from the original positive to polyester negative and print by Colorlab for Dartmouth College Library and the Hood Museum of Art, May 2009; resulting print was digitized by Colorlab. Originally produced ca. 1934. Proceeds from The Manton Foundation Endowment were used in part to preserve this film.