Amorphophallus titanum, affectionately known as "Morphy" is the world’s largest flower and only blooms about once a decade.

Also known as a Titan arum, the leaf phase of this plant can reach a height of over 20 feet.  It is rare, even in its native Sumatran rainforests. Its flower—the largest unbranched infloresence in the world—appears as a single bloom, exhibiting striking color, deep green on the outside and dark burgundy on the inside. Its single frilly-edged petal encircles the thick, fleshy central stalk. This bloom can be up to 10 feet tall.

The tuber, called a corm, weighs about 80 pounds. The stalk is ringed with a ruffled collar, called a spathe, which, when open, is lime green on the outside and deep red on the inside. The spathe is not, technically, the flower. The tiny flowers are hidden in the bulging stalk.

The plant is called the corpse flower because when in full bloom it smells bad—like rotting flesh. But its odor does attract pollinators like flies and beetles in the wild.

In spite of its aromatic essence, it has a committed following among horticulturalists.  Although blooms usually occur every three to ten years, Morphy bloomed in 2016 and again in 2018, with only one leaf phase between blooms.

Morphy in the News

Read are about Morphy's 2016 blooming.  And view the bloom timeplapse. 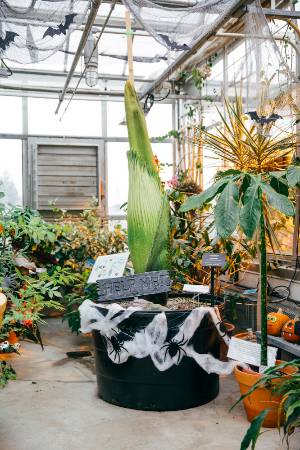 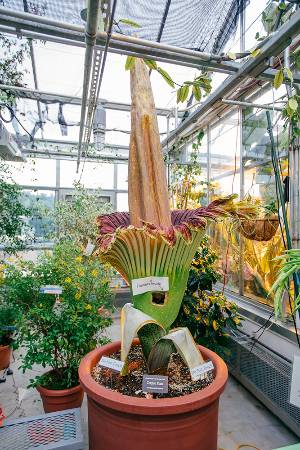 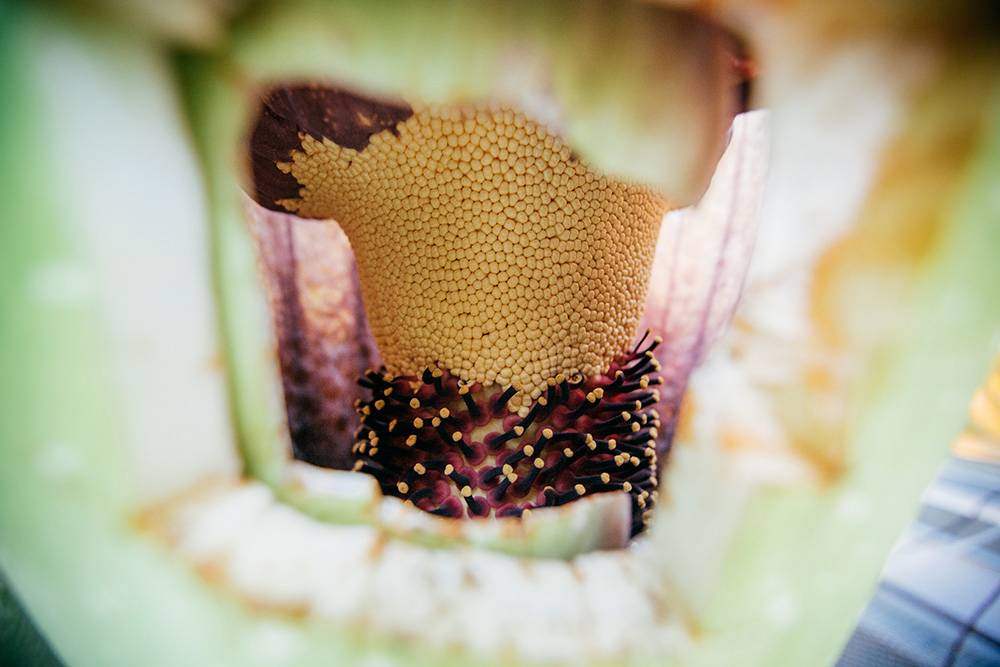 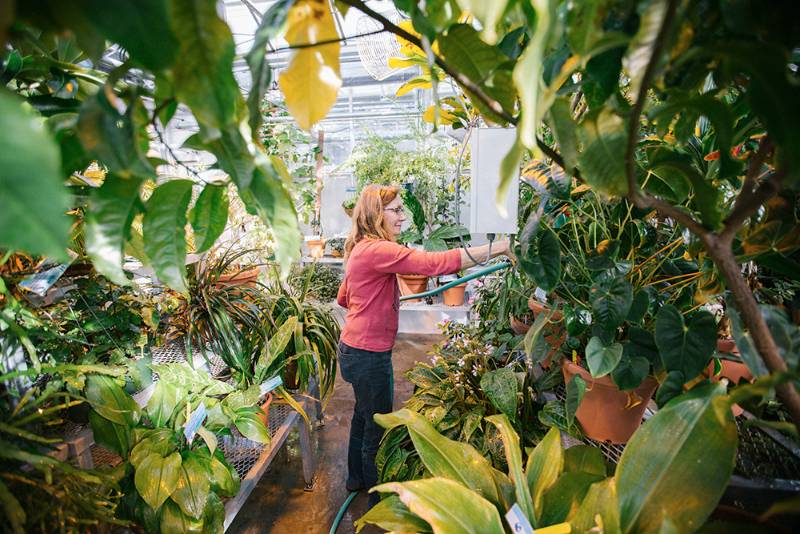