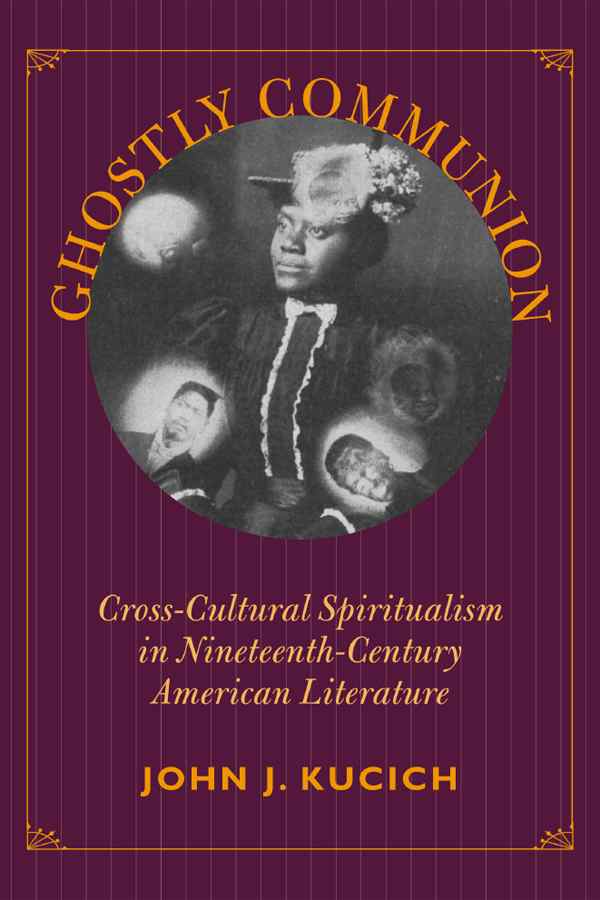 In this exceptional book, John J. Kucich reveals through his readings of literary and historical accounts how spiritualism helped shape the terms by which Native American, European, and African cultures interacted in America from the earliest days of contact through the present. Beginning his study with a provocative juxtaposition of the Pueblo Indian Revolt and the Salem Witchcraft trials of the seventeenth century, Kucich examines how both events forged "contact zones" - spaces of intense cultural conflict and negotiation - mediated by spiritualism. Kucich then chronicles how a diverse group of writers used spiritualism to reshape a range of such contact zones. These include Rochester, New York, where Harriet Jacobs adapted the spirit rappings of the Fox Sisters and the abolitionist writings of Frederick Douglass as she crafted her own story of escape from slavery; post-bellum representations of the afterlife by Elizabeth Stuart Phelps, Mark Twain and the Native Americans who developed the Ghost Dance; turn-of-the-century local color fiction by writers like Sarah Orne Jewett, Charles Chesnutt and Maria Cristina Mena; and the New England reformist circles traced in Henry James's The Bostonians and Pauline Hopkins's Of One Blood. Kucich's conclusion looks at New Age spiritualism, then considers the implications of a cross-cultural scholarship that draws on a variety of critical methodologies, from border and ethnic studies to feminism to post-colonialism and the public sphere. This study, which brings canonical writers into conversation with lesser-known writers, is relevant to the resurgent interest in religious studies and American cultural studies in general.

After twenty-seven years at the University of Michigan, John Kucich was drawn to Rutgers in 2006 by the English Department's concentration of distinguished scholars in his field, Victorian studies, which is among the strongest in the country. He is the author of four books on Victorian literature and culture: Excess and Restraint in the Novels of Charles Dickens (Georgia, 1981), Repression in Victorian Fiction (California, 1987), The Power of Lies: Transgression in Victorian Fiction (Cornell, 1994), and Imperial Masochism: British Fiction, Fantasy, and Social Class (Princeton, 2007). He has edited, with Dianne F. Sadoff, Victorian Afterlife: Postmodern Culture Rewrites the Nineteenth Century (Minnesota, 2000), and he is the editor of Fictions of Empire (Houghton-Mifflin, 2002). He also co-edited Volume Three, 1820-1880 (Oxford, 2011), in Oxford University Press's landmark project, The Oxford History of the Novel in English, a twelve-volume series that is likely to be the standard reference work for decades. He has written dozens of articles on Victorian literature and culture, which have appeared in the top journals in his field as well as in the most eminent generalist journals in literary studies. One of these, an essay on Rudyard Kipling, was awarded the 2005 Donald Gray Prize as the best essay of the year in Victorian studies by the field's flagship organization, the North American Victorian Studies Association. Studies in English Literature commissioned him to write their much-consulted annual review of nineteenth-century scholarship for 2008. He sits on the advisory boards of Victorian Studies and Nineteenth-Century Literature, and has served on the Editorial Board at PMLA. He has won major fellowships from the Guggenheim Foundation, the National Endowment for the Humanities, and the National Humanities Center.

This electronic publication of Ghostly Communion was made possible with the permission of the author. The University Press of New England created EPUB, MOBI, and PDF files from a scanned copy of the book.