Charles Jackson (1903 – 1968) is an American writer best known for his 1944 novel, The Lost Weekend, which has been described as "the most compelling gift to the literature of addiction since De Quincey." A movie version appeared in 1945 and garnered four Academy Awards in 1946 (Best Picture, Best Director, Best Actor, Best Screenplay).

Although he had no direct affiliation with Dartmouth College, Jackson lived in nearby Orford, New Hampshire, from 1944 until 1954, having purchased his beloved "Six Chimney Farm" on the Ridge with proceeds from The Lost Weekend, which was a bestseller.

During the Orford years, he became friends with Herbert West, Class of 1922, and longtime professor of Comparative Literature here at Dartmouth. West was also the founder of the Friends of the Dartmouth College Library. At a meeting of that group in the Treasure Room of Baker Library on October 28, 1949, Jackson formally presented the manuscript of The Lost Weekend to the library. Harold Rugg, Class of 1906, Assistant Librarian, was eager to build up the library's holdings of literary manuscripts, and it was through his efforts, and those of West, that this gift was made.

Jackson struggled throughout adult life with writer's block, substance abuse, and other challenges, but he was before his time in his forthright and honest writings about subjects and topics then (1940s and 1950s) considered taboo.

His papers are now held here in Rauner Special Collections Library (MS-1070) and were used extensively by biographer Blake Bailey, who published Farther & Wilder: the Lost Weekends and Literary Dreams of Charles Jackson in March 2013. On the sixty-fourth anniversary of Jackson's own appearance before the Friends of the Dartmouth College Library, Bailey addresses the same group about his experience of writing the first full biography of Jackson. Please join us in the Class of 1902 Room of Baker Library at 4:00 pm on Monday, October 28, 2013, to hear Bailey speak, with a reception and book signing to follow in the Treasure Room. 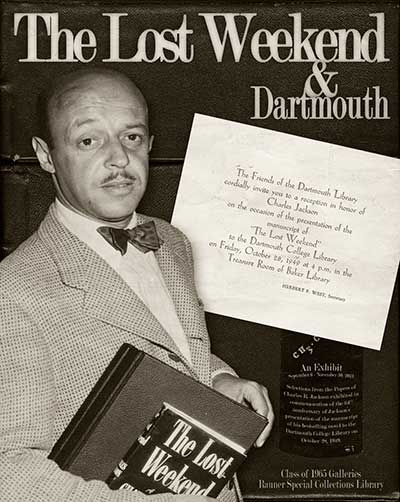 You may download a small, 8x10 version of the poster: CharlesJackson.jpg

The exhibition is curated by Eric Esau and will be on display in the Class of 1965 Galleries through November 30, 2013.

This is an exhibition exploring the manifold and diverse paths of the college’s history. From its founding to the present, there have been numerous unexpected and often un-discussed periods in Dartmouth’s story. Curated by the “Reading Artifacts: The Material Culture of Science” class, the show opened on March 7th and will remain on view through April 30, 2012. The exhibit features materials from the King Collection of Historic Scientific Instruments and documents from Rauner Special Collections. 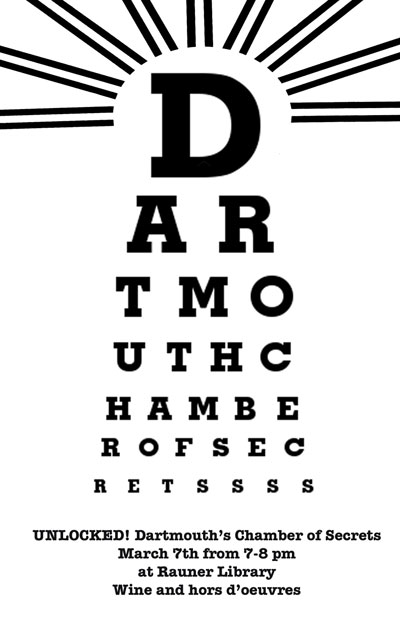 The exhibition was curated by the “Reading Artifacts: The Material Culture of Science” class and will be on display through April 30, 2012.

Created and curated by students in College Course 2, this exhibit explores the themes of choice and abandonment as evoked by Robert Frost's classic 1921 poem, "The Road Not Taken." Displaying artifacts from Dartmouth's Alen King Collection of Historic Scientific Instruments and documents from the Rauner Special Collections Library, the show features two institutional experiments at Dartmouth that ultimately were abandoned. The Chandler Scientific School (1852-93) featured Dartmouth faculty teaching courses in accounting, the construction trades and applied sciences. The Dartmouth Eye Institute (1920-47) tried to combine advanced research in physiological optics with a clinic specializing in esoteric vision problems. In each case, the College after protracted struggles decided that its mission lay elsewhere and took another road. 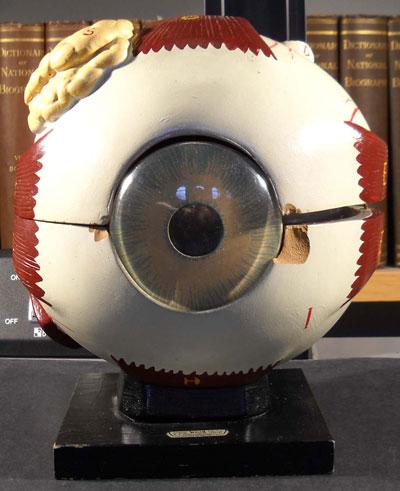 The exhibition was curated by students in College Course 2, and will be on display in the Class of 1965 Galleries through May 1, 2010. 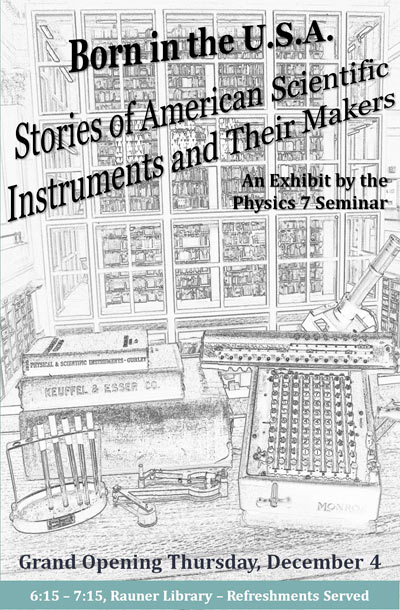 The exhibition was created and installed by Professor Kremer's Physics 7 Seminar class and will be on display in the Class of 1965 Galleries in Rauner Special Collections Library through January 31, 2009.

The Jack-O-Lantern, founded as the “Comic Monthly” in 1909, is Dartmouth’s humor magazine and one of its oldest publications. Despite times of turmoil and inactivity, and periodic threats of College de-recognition for printing reprehensibly offensive content, the “Jacko” appears to be destined for more than one century of existence. This exhibit showcases original material from the publication’s history and offers insight into the constantly-shifting comic sensibilities of 100 classes of Dartmouth students. 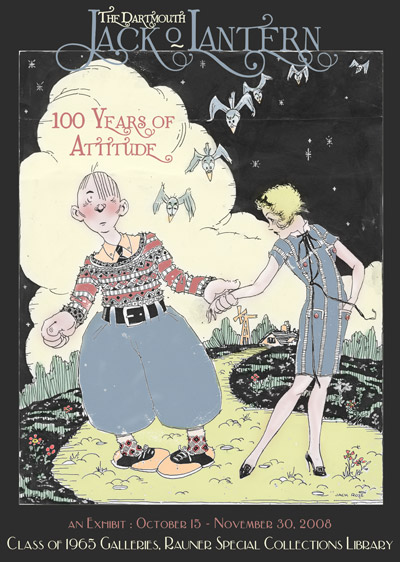 The exhibition was curated by the current Jack-O-Lantern staff and Peter Carini, and will be on display in the Class of 1965 Galleries October 15 through November 30, 2008.

Slavic Connections: Selections from the Holdings of Rauner Special Collections Library
April 14 - May 31, 2008

Mounted in conjunction with the spring meeting of the East Coast Consortium of Slavic Library Collections which will be held here at Dartmouth May 1-2, this exhibition explores the rich Slavic collections as represented in the Erskine Caldwell Collection, the Stefansson Collection on Polar Exploration, and the Rare Book collection. Included are imperial bindings, translations of popular American novels, futuristic Soviet architecture, and books on polar exploration from the other side of the Northern Hemisphere. 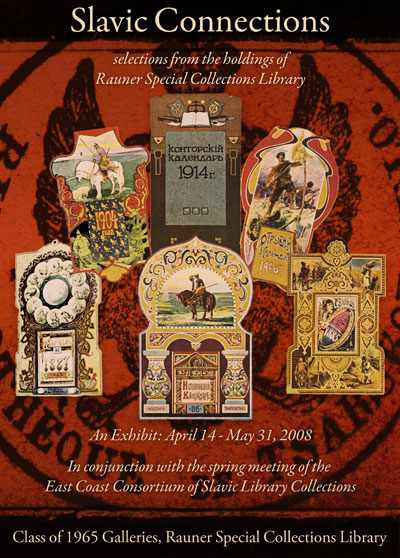 You may download a small, 8x10 version of the poster: SlavicConnections (2 MB)

The exhibition was curated by Eric Esau and John DeSantis and will be on display in the Class of 1965 Galleries in Rauner Special Collections Library through May 31, 2008.

Colonel Mustard in the Library with a Galvanometer: Finding Clues in Scientific Instruments
March 4 - April 11, 2008 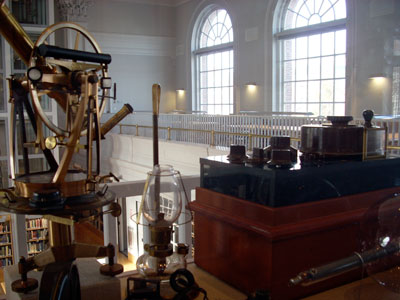 The exhibition was created and installed by Professor Kremer's Physics 7 Seminar class and will be on display in the Class of 1965 Galleries in Rauner Special Collections Library through April 11.

This Book is Condemned: A Look at the Notorious Career of Thomas James Wise
October 27 - November 30, 2006

Thomas James Wise (1859-1937) was a distinguished English bookman. A well respected figure in the field of literary studies, Wise compiled bibliographies of the works of many important nineteenth-century English writers. There was, however, a far less respectable aspect to his career - he produced forgeries of the first editions of those very writers. Come to Rauner to take a look at some of his forgeries, selected from a collection given by George Chapman Singer, Class of 1950. 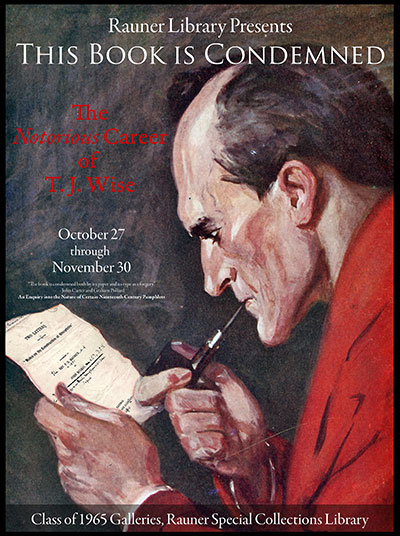 You may download a small, 8x10 version of the poster: CondemnedBook.jpg (1.6 MB)

The exhibition was curated by Patti Houghton and will be on display through the end of November. 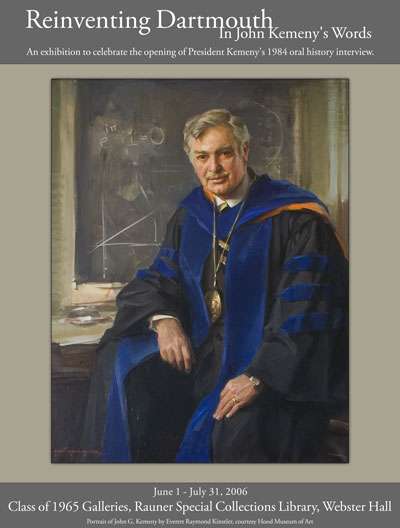 Looking for a LOVELY break? Stop into Rauner Special Collections Library to see the new exhibition, “Romance at Rauner: An Exhibition of Love,” and find passion, young love, courtship and love gone wrong among the manuscripts, rare books and archives. 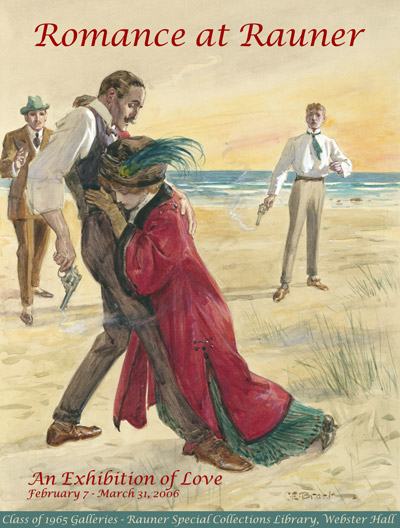 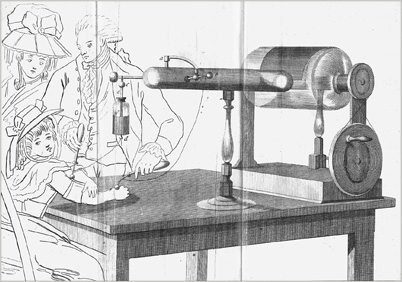 Professor Errol Hill, a world-renowned scholar of Caribbean theater, was a member of the Dartmouth Theater Department from 1968 to 1989. A native of the Caribbean, Hill was the College's first tenured African-American professor, and an award-winning playwright and author. On campus he was famous for directing both classical and Caribbean plays. The exhibit features both his literary and theatrical accomplishments. 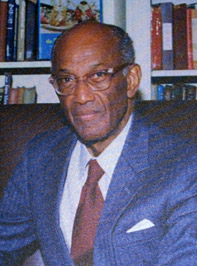 In the spirit of this years Winter Carnival, Rauner Special Collections Library is pleased to announce a new exhibition in the Class of 1965 Gallery:

A selection of works illustrated by Trina Schart Hyman is now on display in the Class of 1965 Gallery in the Rauner Special Collections Library. The works were selected from Rauner's collection of illustrated books.

A resident of Lyme, N.H. from 1966 until her death on 19 November 2004, Hyman was a well known figure in the Upper Valley. The illustrator of more than 150 books, she received the Caldecott Medal in 1985, the award given to the artist of the most distinguished American picture book for children.

The exhibition was curated by Patti Houghton