Celebrating the 150th anniversary of the publication of Leaves of Grass, this exhibition highlights the Dartmouth College Library's rich holdings of Walt Whitman. Witness the astounding growth of Leaves during Whitman's life and twentieth-century interpretations of what is arguably the most important book of poetry in American literature. Also on display is a selection of material related to Whitman's visit to campus for the 1872 Commencement ceremonies. 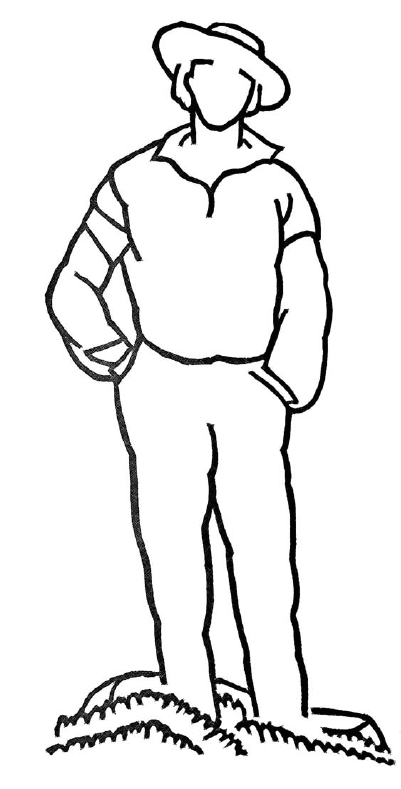 The exhibition was curated by Laura Braunstein and Jay Satterfield and was on display in the Class of 1965 Galleries from September 10, 2005 to October 31, 2005.

You may download a handlist of the items in this exhibition: Green Grass Handlist.

On June 26, 1872, a bearded, robust poet of moderate fame appeared before the graduating class and faculty of Dartmouth College to deliver the Commencement poem. Listed in the account books simply as “Poet $17.50,” Walt Whitman was not an obvious choice. In fact, it was reported that he was invited by the United Literary Sociean effort to offend the genteel, conservative of the Dartmouth College faculty. Whitman was also considered risqué in most American literary circles. He had his supporters—Ralph Waldo Emerson perhaps chief among them—and he could command substantial payment for his poems by well-established literary magazines such as the Atlantic. But to middle-class American readers,and to the faculty of most New England colleges, his expansive free verse was far too sensual and unorthodox for their liking.

Eyewitness accounts of the recitation vary: one claims a disheveled poet mumbled his way though an  incomprehensible poem while another states that he gave a fine, clear reading. Whitman himself provided the New York media with a press release that apparently was never used, though both the New York Times and the Boston Daily Advertiser had reporters on the scene tocover the Commencement exercises.
Whitman’s own account of his stay in Hanover provides a telling portrait of Dartmouth in 1872. He reported to his longtime companion Pete Doyle:

It is a curious scene here, as I write, a beautiful old New England village, 150 years old, large houses and gardens, great elms, plenty of hills—every thing comfortable, but very Yankee—not an African to be seen all day—not a grain of dust—not a car to be seen or heard—green grass everywhere—no smell of coal tar.—As I write a party are playing base ball on a large green in front of the house—the weather suits me first rate—cloudy but no rain. Your loving WALT.

150 years ago, Walt Whitman self-published the first edition of Leaves of Grass. The slender volume, containing only 12 poems, was distributed by Fowler and Wells, a firm best known for popularizing phrenology in America. A manifestation of the poet himself, Leaves of Grass was a work in progress, an organic growing text. With each subsequent edition, Whitman added to and revised the text. By 1892, Leaves of Grass contained 389 poems.

Initial reviews were less than favorable: as Frank Leslie’s Illustrated News began its scathing r“We find upon our table (and shall put into the fire) a thin octavo volume, handsomely printed and bound, with the above curious title.” John Greenleaf Whittier reacted with the same disgust, reportedly casting his copy into the fire, but Ralph Waldo Emerson famously responded by writing to Whitman, “I greet you at the beginning of a great career.” The second edition carried Emerson’s endorsement on the spine and included a selection of criticism, both positive and negative, that placed the poet in the heart of a great debate over the course of American literature.

Part of what shocked critics was the unnervingly sensual presentation of the self that Leaves of Grass forced the reader to confront. The frontispiece, a striking contrast to traditional depictions of authors, shows the bearded poet in a self-assured pose with head cocked to the side, one arm on hip, the other reaching into his laborer’s pants pocket. He stares defiantly into the reader’s eyes, challenging him or her to enter the text. There the reader finds an introductory essay outlining the poet’s role in a democracy, followed by the yet-to-be-titled “Song of Myself”:

I CELEBRATE myself
And what I assume you shall assume,
For every atom belonging to me as good belongs to you.

I loafe and invite my soul,
I lean and loafe at my ease….observing a spear of summer grass.

Case 3. Whitman and the Fine Press

Whitman’s romantic, forcefully individualistic poetry resonated with a generation of printers, designers, and illustrators devoted to reincorporating a traditional craft-aesthetic into the book arts. They too fancied themselves creators of a visionary culture that would integrate life and art. From the late 1920s to the early 1950s, Leaves of Grass received extraordinary treatment in print. Doubleday Doran produced a boxed “de-lux” edition with a cover designed to resemble woven leaves of grass. Rockwell Kent illustrated an edition for Heritage Press, and Edward Weston assembled photographs to accompany the text for the Limited Editions Club.

The most notable fine-press edition was commissioned by the upstart Random House in 1929. There was a hot market for fine press books in the 1920s, and Bennett Cerf hoped to capitalize on it. He set out to make a name for Random House by commissioning Grabhorn Press to produce “a brute of a book” in the most “beautiful format” the press could contrive. With its heroic, though anachronistic, cover of solid oak boards, and modern wood cuts by Angelo Valenti evoking the first edition, the Grabhorn Leaves stands as a monument to the beauty and extravagance of the fine press.