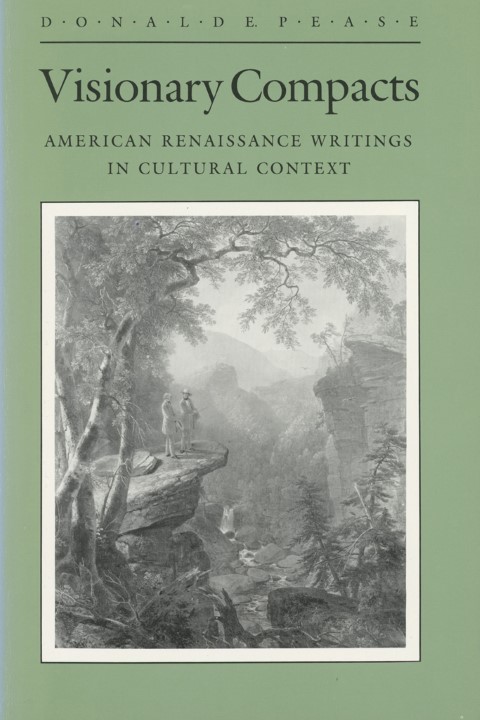 In a major contribution to American literary culture, Donald E. Pease reassesses the works of a number of major writers of the American Renaissance, including Hawthorne, Whitman, Emerson, Melville, and Poe. He argues that the Revolutionary mythos, used to explain and organize American Renaissance literature for a century, was not used as an organizing principle by these writers. Pease succeeds in showing that the literature of the 1830s, 1840s, and 1850s addressed specific concerns about the fate of the nation under the political challenges of abolition and secession, the tensions between nationality and locality, and the threat of a civil war they sought to prevent.

Donald E. Pease is Professor of English and Comparative Literature at Dartmouth College. He is the Ted and Helen Geisel Third Century Professor in the Humanities and Chair of the Master of Arts in Liberal Studies Program at Dartmouth.

This electronic publication of Visionary Compacts was made possible with the permission of the author. University Press of New England created EPUB, MOBI, and PDF files from a scanned copy of the book.