POLICIES FOR THE ESTABLISHMENT OF QUASI ENDOWMENTS

The designation of unrestricted current-use (expendable) gifts or discretionary reserves to quasi endowment (new or existing) must be approved in writing by the following:

Over $1 million - EVP, CFO and Provost with notice to Chief Investment Officer (CIO), Chair of the Finance  Committee and Chair of the Board of Trustees

Over $2.5 million - EVP, CFO, Provost, Chair of the Finance Committee, and Chair of the Board of Trustees, with notice to CIO

Quasi endowments are viewed as long term investments and are expected to remain intact for a minimum of seven years.

Dartmouth College does not permit the designation of restricted current-use gifts or restricted income reserves to quasi endowment.  The expectation is that these funds will be spent down for purposes meeting the donor restriction.

Donors may establish a quasi endowment for unrestricted purposes or for a specific purpose provided the terms are broadly defined, acceptable to the College, and contain alternative use provisions.

The Donors’ understanding that income and principal will be available for spending at the discretion of Dartmouth College must be clearly documented.  Donors must also be made aware of the College’s policy for the use of principal.  The fund terms should be documented in a Statement of Understanding designed for quasi endowments.

POLICIES FOR THE USE OF PRINCIPAL

Although quasi endowments allow for the withdrawal of principal, Dartmouth College generally views them as long term investments with principal remaining intact for a minimum of seven years.  Accordingly, all withdrawals of principal are subject to approval by the following:

Over $1 million - EVP, CFO and Provost with notice to Chief Investment Officer (CIO), Chair of the Finance  Committee and Chair of the Board of Trustees

Over $2.5 million - EVP, CFO, Provost, Chair of the Finance Committee, and Chair of the Board of Trustees, with notice to CIO

Note: Withdrawals from restricted quasi endowments are subject to donor intent as determined by the Office of Endowment Administration.  In some cases, consultation with Dartmouth’s Office of General Counsel on such matters may be advised.

All quasi endowment funds, including those established for the benefit of Dartmouth College’s Associated Professional Schools.

Development Officers are responsible for ensuring that Statements of Understanding adhere to Dartmouth College’s endowment policies.  The Office of Endowment Administration is available to review all Statements of Understanding prior to same being submitted to the Donor for signature.  Fiscal Officers are responsible for seeking the proper approval from the EVP and CFO for any Collegedesignated additions to or withdrawals from quasi endowment.  Fiscal Officers are responsible for spending income and/or principal from quasi funds in compliance with donor restrictions and/or Dartmouth College directions.  The Office of Endowment Administration is responsible for providing the EVP with an interpretation of donor intent to ensure that withdrawals from donor-restricted quasi endowments comply with the terms of the gift.

In addition to the requirements for notice to the CIO on transactions over $2.5 million, the Director of Institutional Accounting should be notified of any anticipated withdrawals of $100,000 or more, and the timing for such, which shall be communicated to the Director of Investment Operations for planning purposes.

Realized bequests and proceeds from terminated Life-Income Plans designated by donors to create quasi endowments (allowing for the use of principal and income) should be reviewed with the EVP and CFO prior to the establishment of a quasi endowment.  In the event Dartmouth College decides to use principal at that time (or plans to in the near term), the funds may be held in an operating reserve until spent in order to avoid the possibility of short-term investment losses if added to the endowment pool.

An annual report shall be submitted to the Board of Trustees and Finance Committee identifying all capitalization and decapitalization of quasi endowments for operational or capital needs. 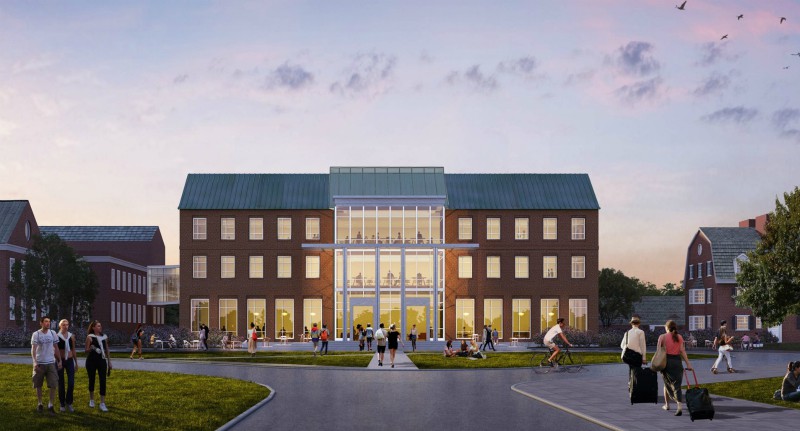 A Project in Design